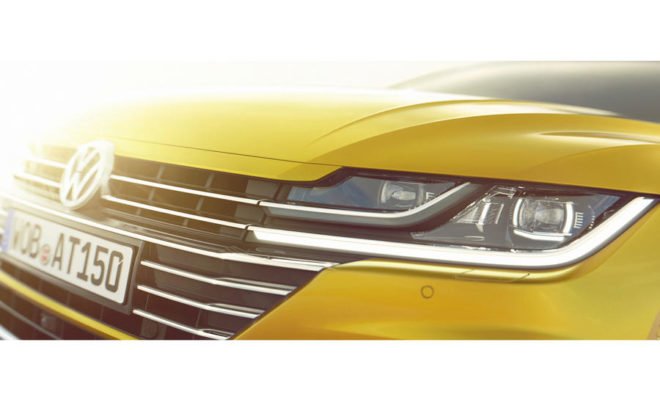 After all the speculation, we finally got news that Volkswagen will be showing off their new Volkswagen Arteon at the Geneva Motor Show happening next month.

To get us excited about the Arteon, Volkswagen released a new teaser showing us bits and pieces of a yellow Arteon. According to Volkswagen, the design of the Arteon will allow the vehicle to have ample of space on the inside.

The new Volkswagen Arteon will also be coming in with a new front end design where the LED headlights and DRL will be merged with the chrome-plated crossbar on the grille.

The Geneva Auto Show will be starting on the 9th of March and will last until the 19th of March.