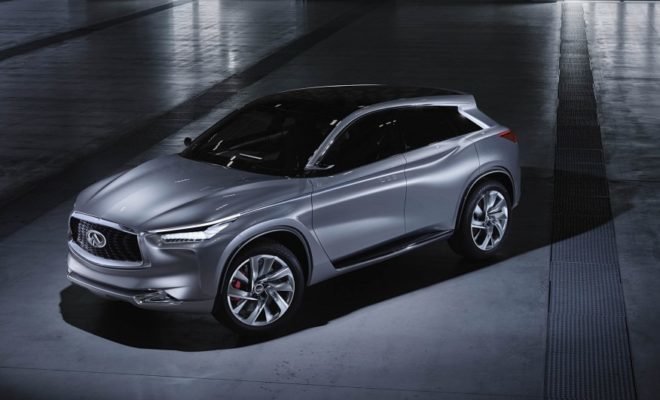 When Infiniti showed off the new Infiniti QX Sport concept, many believe that the QX Sport concept was going to be the based on the upcoming Infiniti QX50 model and looking at the new QX50 Concept images now, those people were right. Besides getting an upgraded bumper and side skirts, the other feature were almost identical to the previous concept.

Infiniti will be showing this off at the Detroit Auto Show and while they are still calling it a concept right now, the production model will probably look almost identical to the concept.

The upcoming Infiniti QX50 will be coming in with a 2.0 liter inline four engine that will be offering about 268hp and 288lb ft of torque. The new QX50 will also be fitted with a new ProPilot tech that is said to help the driver when there is a traffic jam but we still do not know the full detail about the tech right now.

More details will be reveal when we see it at the Detroit Auto Show this month.