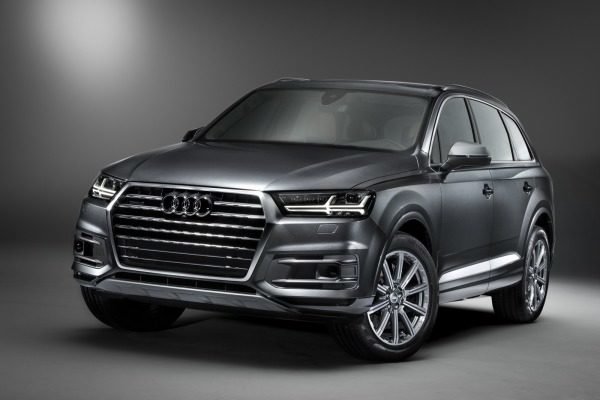 We know that Lamborghini is working on a new SUV called the Urus but so far, Lamborghini have yet to reveal what the new Lamborghini Urus looked like until now. Some people have been spotting the Lamborghini Urus out in the open covered in camo stickers but is that really what we think it is.

The vehicle was running around with a Lamborghini badge along with stickers indicating that it is the Urus. The only problem here is that it is not. The dealer has taken an Audi Q7 and stuck on some Lamborghini stickers and camo stickers just to get people excited.

We know that the Lamborghini Urus will be coming in with an Audi Q7 MLB 2 platform not everything is a lie here. In fact, the dealer also explained that the promotional message on the side says that the Urus is Coming but it did not say that it is here.

You can check out the Audi Q7 Urus here.