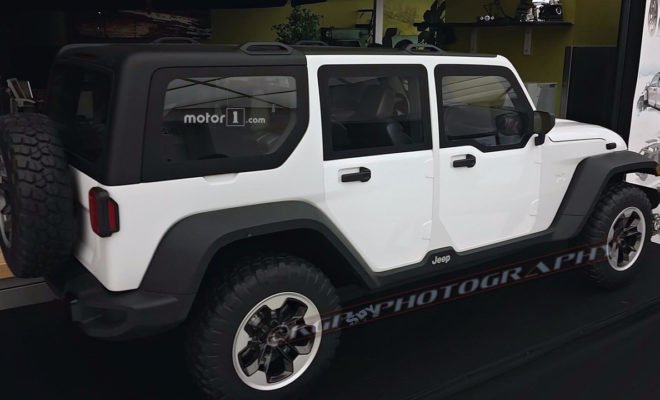 When it comes to vehicles like the Jeep Wrangler, any major changes could cause an uproar among the fans. The fans are so used to seeing it a certain why that they would be unhappy if Jeep makes too many changes to the design and function of the vehicle.

When Jeep first announce that the 2018 Jeep Wrangler was going to be an all-new model, everybody though that it will be coming in with a brand new deign. The first few batches of spy shots also suggest a new Jeep Wrangler with a longer hood and steeper windshield but some of the latest spy shots seem to suggest that Jeep will be playing it safe once more in terms of design.

The spy shots taken by Autoblog showed a Jeep Wrangler with an almost identical shape. Since the vehicle was heavily covered up, most of the design is still a mystery.

The spy also manages to spot the backup camera which should be one of the new features that the 2018 Jeep Wrangler will be sporting.