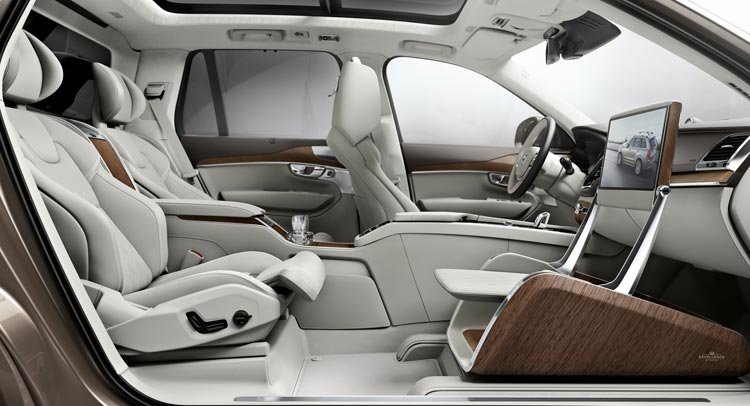 Who cares about how well the Volvo S90 drive is when you won’t be the one behind the wheels. With the new Lounge Console Concept here, people will be fighting to sit in the back now.

Volvo has just announced their new Lounge Console Concept will be ready for production and that the concept will make its debut with the 2017 Audi S90 Excellence. The new concept will take up one of the front seat and in its place will be a work and entertainment center with a huge touchscreen display.

Customers will also get a cooled cup holder, refrigerators, crystal glasses and more. The S90 will also come with a full panoramic view so that you can enjoy the night sky while you sip on that campaign.

In case you are wondering, the S90 Excellence will come with a T8 Twin Engine plug-in hybrid engine.