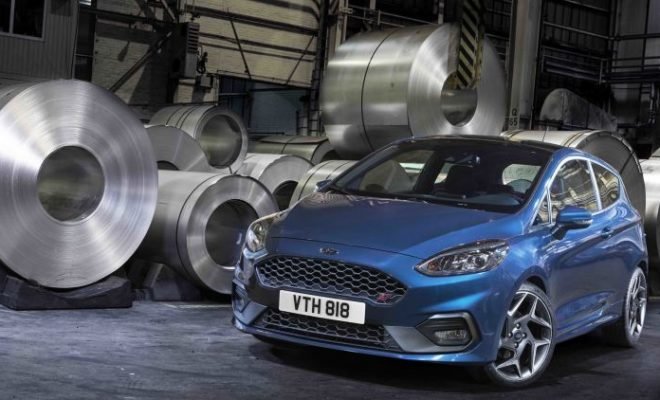 When news about the Ford Fiesta St coming with a three cylinder engine instead of a 4 pot engine started surfacing, some people were not too happy about it but that was before Ford gave is the numbers.

The new Ford Fiesta ST was announced at the Geneva Motor Show and according to Ford, the vehicle will be able to deliver about 197hp and 214lb ft of torque when it arrives thanks to the newly developed three-cylinder engine under the hood.

With the upgrade, the Ford Fiesta ST can hit the 62mph mark 0.2 seconds faster than the older model. The jump is not a huge jump but it was a relive for many of the fans who thought that the new three-cylinder engine would be the end of the Fiesta ST.

On the inside, the Ford Fiesta ST will be fitted with Recaro seatrs, 8inch display, Sync 3 infotainment, B&O PlaySound system and more