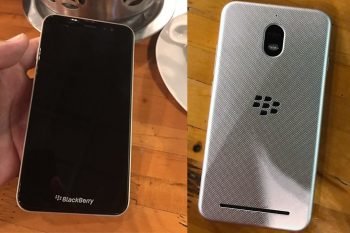 The leaked image showed what looked like a new Blackberry smartphone and it was clear that the device was missing the important Blackberry trademark, the keyboard. According to the reports, the device in the image will be made for the Indonesian market and will be arriving as a lower end model.

Like all smartphone made for Indonesia, the device will come with dual-SIM support. No name has been assigned to the device yet. For now, it is only known as BBC100-1.