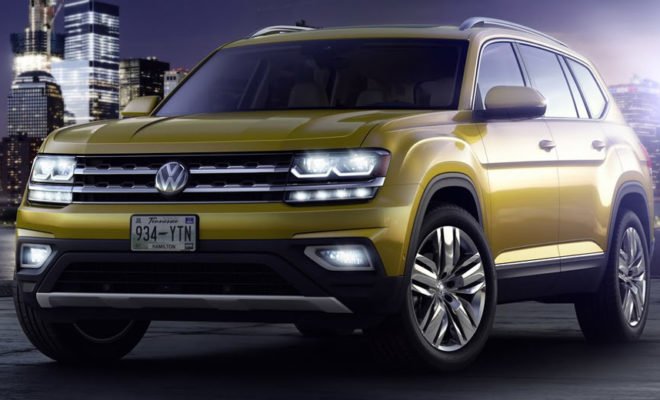 The Atlas will be riding on the all-wheel drive system and will come fitted with features like LED headlights, Apple CarPlay support, Android Auto support, driver assists and more.

While the Atlas looks good on the outside, some people are saying that the interiors feel a little too cramp. More details about the Volkswagen Atlas will be revealed soon before it arrives at the dealers this May.

So far, things are looking pretty good but we can only know for sure when Volkswagen officially releases it.