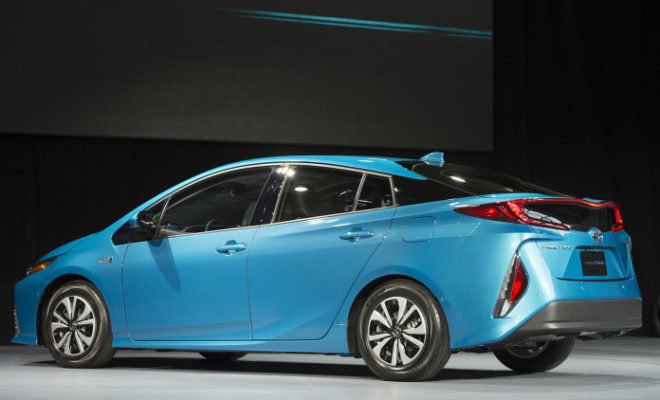 With what the Chevrolet Volt has to offer right now, they are on the top of the green car market but Toyota is not going to roll over and give up and it looks like their Toyota Prius Prime might have what it takes to take on the Volt.

Toyota gave the Toyota Prius Prime and exterior upgrade and that is not the only reason why the Prius Prime is a threat to the Volt. According to Toyota, the Prius Prime will be coming in with an improve electric range as well.

The 2017 model will be fitted with an 8.8kWh battery that will help increase the range of the vehicle. The numbers are not out yet but it is believed that the Prius Prime now has two times more electric range thanks to the new battery.

If that is true, the Volt might finally have a real competitor. Who do you think will win?