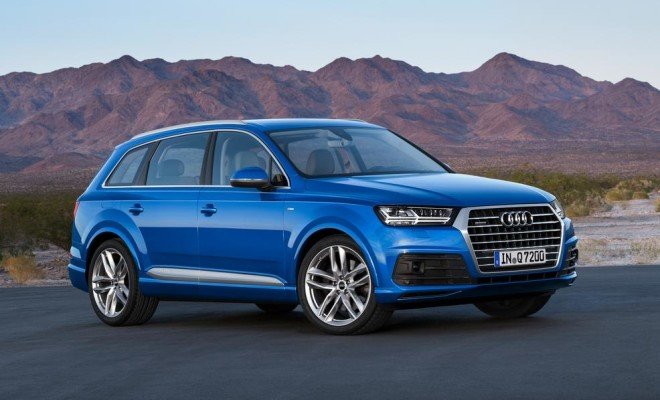 If Audi plans to take on the Volvo XC90 with only their looks, they will be fighting a losing battle. As much as we like what the Audi Q7 has to offer in terms of look, we think that Volvo XC90 might have a slight advantage.

Luckily, looks were not the only thing the Audi Q7 had to offer. Not only will it come in with a new exterior design but the Audi Q7 will also weigh less now thanks to the lighter MLB platform. The 2016 Audi Q7 will be 716pounds lighter than the previous model.

Under the hood of the base model is a 2.0 liter turbocharged four-cylinder engine that will be delivering about 252hp. There is also the 3.0-liter gasoline engine option and a TDI Diesel V6 engine option.

All engine will come mated to an eight-speed auto transmission. We might also see the Q7 come in with a diesel plug-in hybrid model.