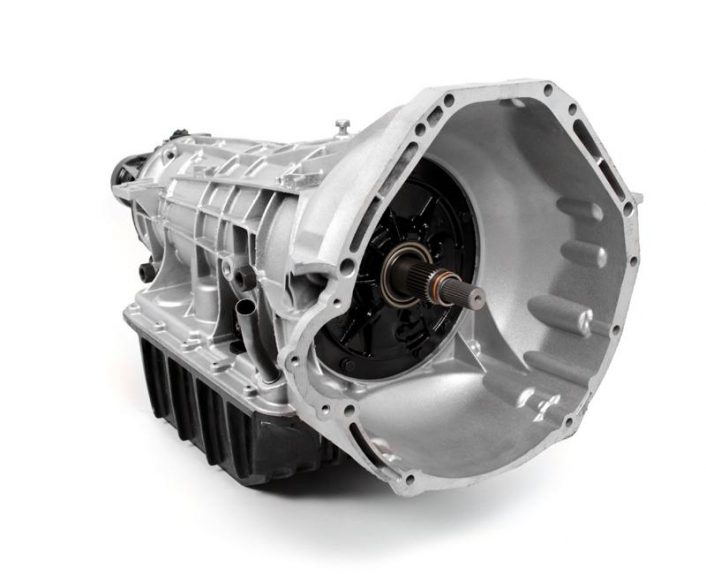 The 5R110W is in the eyes of many essentially a rebuild of Ford’s 4R100 automatic transmission. The 5R110W “TorqShift” transmission as it’s known was introduced to the world along with the 6.0L PowerStroke diesel in 2003. The TorqShift itself is a diesel transmission and intimately connected to the engine. Its use was kept with the birth of the 6.4L Power Stroke in the 2008 model year and stopped with the intro of the 6.7L Powerstroke in 2011, which utilized the more advanced 6R140 TorqShift trans.

The 5R110W transmission is billed as a 5-speed, although it really has 6 forward speeds. In typical operations, it shifts 1st-2nd-3rd-5th-6th. A different shift sequence is engaged when outside temperatures drop below 5° F, in which case the sequence becomes 1st-2nd-3rd-4th-6th. The transmission’s somewhat smaller 4th gear can be used in colder temperatures to boost higher speeds, helping the transmission to warm up faster.

Issues common to the 5R110W can generally be described in terms of either purely mechanical problems or electrical problems.

Sometimes, an engine problem can seem like a transmission problem; this is why it’s important to rule out an issue as an engine issue before immediately trying to diagnose a transmission issue in case there isn’t one. Keep in mind that most code-readers don’t have the ability to identify codes used by the 5R110W transmission. Unless a product maker indicates that it can, it’s best to assume that whatever code-reader you’re using will not have the ability to receive code data from your 5R110W, https://reman-transmission.com/transmission-codes/?code=5R110W.

The 5R110W is special in the sense that it does not have a typical valve body, but uses what is called a “solenoid body” which contains a group of seven different electronic-shift solenoids. Instead of a hydraulic-controlled shift setup, the PCM engages shifts and commands line pressure by using these electronic-shift solenoids. Because of constant use, most non-mechanical problems you might encounter with the 5R110W will have to do with these solenoids or sensors.

It’s important to consistently check your solenoids. You can do this by draining your trans fluid and transmission fluid and removing your trans oil pan. If you find a lot of metallic clutch substances and metal filing substances, it might be good to run some more diagnostics on your transmission. You can test your solenoids by taking off the electrical connections and measuring the resistance (Ohms) between the two pins.

For mechanical issues with clutches, gear sets, and solenoids, make sure to have your mechanic (or do it yourself if you are one) carefully check out these components, as they’re going to wear out over time. 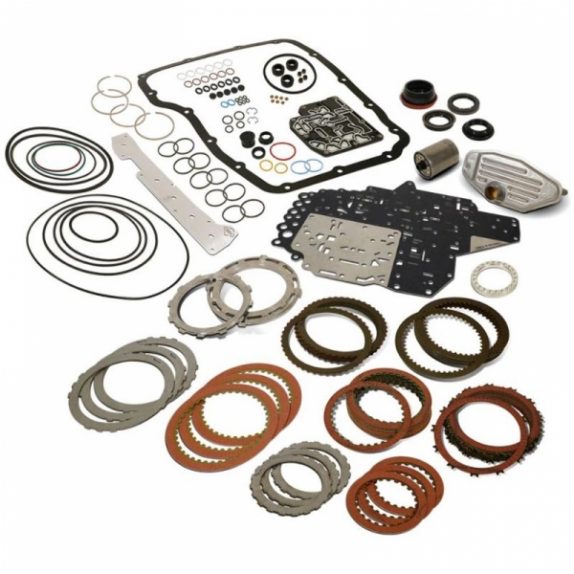 The 5R110W has a ton of upgrade potential and being almost 20 years old, it’s been experimented with in virtually countless ways over the years. If you’re into an upgrade for your 5R110W, you can go as cheap as you want and only do a few things to the trans itself, or you can really get advanced and turn your upgrade into an expensive and heavy multi-part package upgrade. It’s up to you (and your budget!).

One of the earlier popular upgrades in the mid-2000s was a pump/valve-body upgrade that widened the overdrive one-way (OWD) clutch by about 5/100’s of an inch, which led to an overdrive package launch that had a new one-way clutch, coast-clutch drum and overdrives sun components.

Fast forward to 2007, when Ford brought out several new packages according to whether the vehicles had diesel or gas engines or PTO transmissions. These upgrades were more complicated and expensive. These upgrades had to do with the one-way clutch for gas or diesel and a fully loaded drum for the OWC.

Eventually, this led to a new upgrade kit that focused on planetary gear for the planet, sun gear, and ring teeth. This affected the ratios as well as the drive gear.

After several other upgrade kit variations early on, moving to today, there are essentially three large upgrade packages retrofitting to 2003, with each over $1,000. These upgrade kits today essentially provide half of a transmission system.

In these newer upgrade kits divided between diesel and gas engines, the main difference is the front planet and the lubrication dam, and the 5.4L gas setup utilizes a 5-pack low/reverse clutch while the 6.8L gas and diesel use a 6-pack setup. The part numbers are 9C3Z-7D006B for the 5-clutch pack and 9C3Z-7D006AB for the 6-clutch pack.

Regardless of the upgrade route, you might choose if you’re upgrading to help fortify the transmission, remember that the best cure is prevention. Your 5R110W can be properly maintained and fixed without you needing to spend thousands on a major upgrade package, but if you want to for nostalgia purposes, by all means, go ahead!