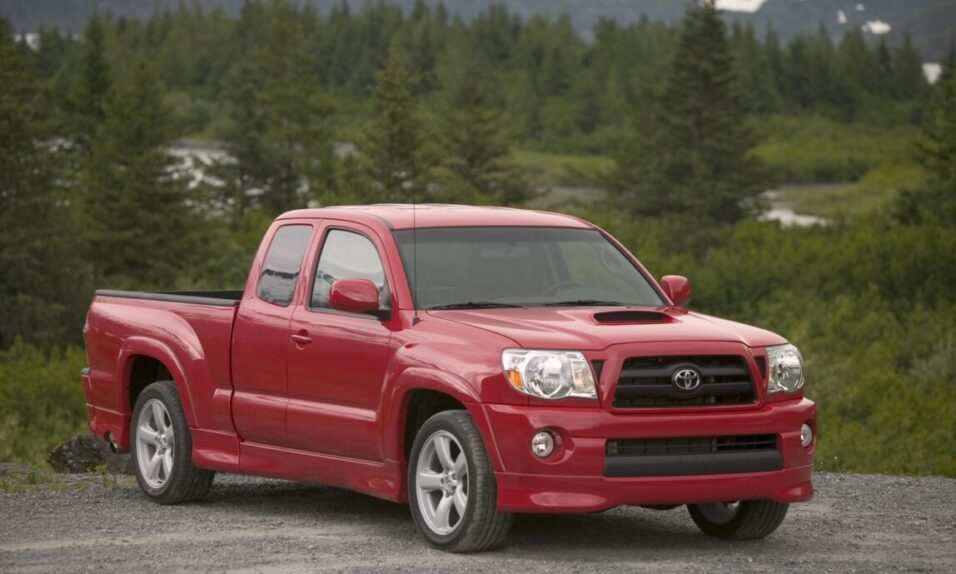 The Toyota Tacoma is one of the best -selling compact trucks on the market, and for good reason. It’s reliable, efficient, and versatile, and can be had in a number of trim levels. These include the SR, TRD Sport, TRD Off-Road, Limited, and the new Pro. There’s a Tacoma for just about any budget and need.

The Tacoma is powered by a standard 159-horsepower, 180-pound-feet of torque four-cylinder engine. But higher trims get a 278-horsepower, 265-pound-feet of torque V-six. Both engines come paired to a six-speed automatic transmission, but a six-speed manual is available on select trims with the four-cylinder. Four-wheel drive is optional across the range.

There are many accessories and add-ons available for the Tacoma, which makes it even more versatile. These include exterior accessories like a bed liner, tonneau cover, and light bar. There are also interior accessories like floor mats and a cargo net. And, of course, there are performance parts like suspension kits and exhaust systems. No matter what you need, the Tacoma can be outfitted to suit your needs.

The Tacoma is a powerful truck. But there are many ways to improve the engine power. One way is to install a cold air intake. This will help the engine to breathe easier and make more power. Another way is to add an engine tune. A tune is a computer software that optimizes the engine performance. It can add more power and improve fuel economy. Turbochargers and superchargers are also popular ways to increase the power of the Tacoma.

Adding a supercharger is one of the most effective ways to increase the power of the Toyota Tacoma. We will talk about how the supercharger works and what benefits it provides later.

By adding a supercharger to the Tacoma, you will be able to increase the power by a significant amount. The standard engine of the Tacoma will be able to produce around 300 horsepower with the supercharger. This is a significant increase from the standard power output. The main benefit of increased power is that it will make the truck more capable. It will be able to tow more, haul more, and accelerate faster. The power increase also has some side benefits. One of these is that it will help the Tacoma to achieve better fuel economy. This is because the engine will not have to work as hard to produce the same power. The other side benefit is that it will reduce the wear and tear on the engine. This is because the engine will not be stressed as much when under load. Another benefit is that it will make the Tacoma more responsive. It will make your truck feel more alive and responsive to your inputs.

However, fuel economy of the Tacoma will be negatively affected when towing or hauling. This is because the engine will be working harder and using more fuel. The other main downside of adding a supercharger is the cost. They are not cheap and can be one of the most expensive modifications you can do to your truck. Now, we will look at how a supercharger works and how it increases the power of your engine.

How Does A Supercharger Work

One of the main benefits of using a supercharger instead of a turbocharger is that it is more responsive. This is because the air is being forced into the engine instead of relying on exhaust gases like a turbocharger.

Another benefit of using a supercharger is that it does not experience the same lag as a turbocharger. This makes it ideal for driving in urban areas where you need to be able to accelerate quickly.

The Toyota Tacoma is a great offroad vehicle. But, with a supercharger, it can be even better. The increased power will help the truck to go places that it couldn’t before. If you are looking for a way to take your Tacoma to the next level, then a supercharged Toyota Tacoma is the way to go.

There are many different superchargers on the market for the Toyota Tacoma. But which one is the best? The answer depends on what you are looking for. The main manufacturers who make superchargers for the Tacoma are TRD, Magnuson, and ProCharger.

The Tacoma X Runner marked a new era for the Toyota Tacoma. It was the first Tacoma to be supercharged from the factory. The X Runner was only available with a supercharger for a short time. But it made a lasting impression.

The Tacoma X Runner was equipped with a TRD supercharger. This supercharged engine produced 245 horsepower and 282 lb.-ft of torque. The X Runner was also able to go from 0-60 mph in an impressive time of just over six seconds. This made it one of the quickest trucks on the market.

Adding a supercharger to your 1999 Toyota Tacoma is a great way to increase the power of your truck. There are many different companies that make superchargers for the Tacoma. When adding a supercharger to a 1999 Tacoma, there are a few things you should consider. As these are 23-year-old engines, you will want to make sure that the engine is in good shape. You will also want to consider what size supercharger you want. The injectors, fuel pump, and other engine modifications should also be considered.

The 2GR is an engine that was produced by Toyota. It is a V-type, six-cylinder engine. This engine has a displacement of just over three and a half liters. It was first introduced in 2007. The engine is used in many different Toyota vehicles. These include the Camry, RAV4 and of course the Tacoma.

Fuel injectors are another crucial part of the supercharger kit. The fuel injectors deliver the fuel to the engine. Without proper fuel delivery, the engine will not produce the power that you are looking for. There are different sizes of fuel injectors available. Be sure to get the correct size for your application.

One of the most common questions that people have about superchargers is: “What is the impact on fuel economy?” The answer to this question depends on several factors. But, in general, you can expect a decrease in fuel economy when adding a supercharger to your Tacoma. This is because the addition of the supercharger increases the power output of the engine. And, as you may know, more power equals more fuel consumption.

Generally, you can expect a decrease of around two to four miles per gallon. But, this number will vary depending on how you drive and what size supercharger you choose. Larger superchargers will result in a bigger decrease in fuel economy. But, they will also give you more power. So, it is up to the owner to decide whether the trade-off is worth it.

There are two main types of superchargers for the Toyota Tacoma: Roots and Centrifugal. Each type has its own advantages and disadvantages.

You can find supercharged Toyota Tacomas for sale all over the internet. But, before you buy one, be sure to do your research. There are a few things that you should keep in mind.

Q: What is the best supercharger for the Toyota Tacoma?

A: The best supercharger for the Toyota Tacoma is the one made by Toyota Racing Development (TRD).

Q: How much noise does a supercharger make?

Q: How much power does a supercharger add?

A: The amount of power that a supercharger adds depends on the displacement and the boost pressure. But, in general, you can expect an increase of around 30 to 50 horsepower.

Q: What is the difference between a supercharger and a turbo charger?