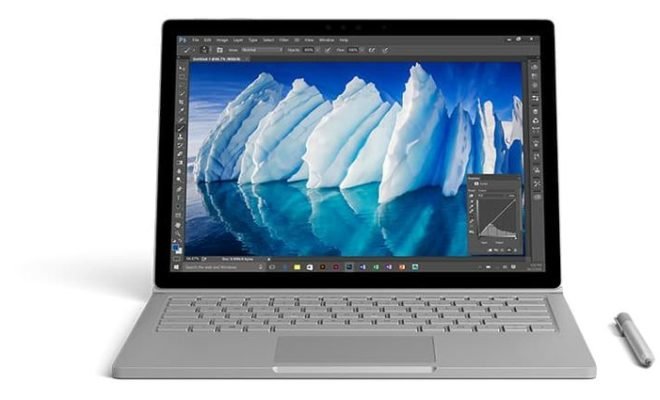 Soon after the new Microsoft Surface Book was announced, Apple stepped forward to show off their new Apple MacBook Pro. So which laptop do you think won the first impression contest?

To be honest, we were more surprised by what Microsoft has to offer this year not because the MacBook Pro is least impressive but because rumors about what the MacBook Pro will be offering have been going around for some time and the Apple announcement just confirmed some of the rumors. The Surface Book, on the other hand, was a huge surprise.

The Surface Book comes with a full touchscreen display along with a pressure sensitive stylus. The screen can be folded backward turning the Surface Book into a tablet. The MacBook Pro, on the other hand, will come with a new OLED Touch Bar where users can control the brightness and the volume of the device. The Touch Bar buttons will change when you open up different apps for example Photoshop tools when you open up Photoshop.

The Surface Book & Macbook Pro price starts from $1500. Who won?