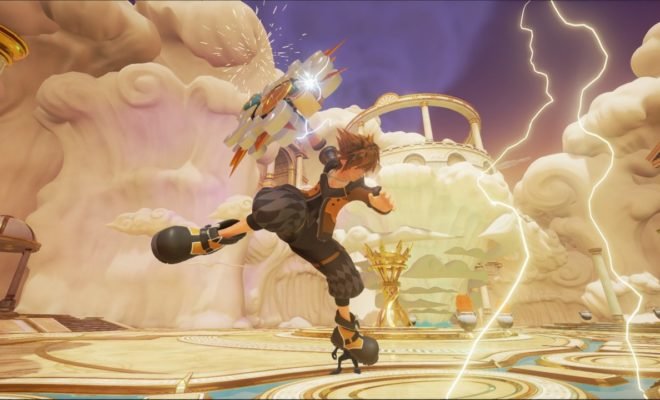 We are still waiting for Square Enix to reveal more about the upcoming Kingdom Hearts 3 game.

Initial rumors suggest that Sora might have to face an evil Baymax from the Big Hero 6 animation. This rumor started after the scene of Baymax fighting Sora was depicted in a leaked concept art. However, Square Enix has never confirmed or denied the concept art so anything could happen right now.

While we might not know if Baymax is going to appear in the game or not, we do get to see Sora’s new Keyblade Form. The new Drive Form called Guard Form was teased on Twitter.

Thanks to the tweet by Kingdom Hearts, we get to see how the new Guard Form shield will look like. They also added that the Guard Form was transformed from the Jeyblad of Herc’s Shield.

We still do not know when the new Kingdom Heart 3 will arrive but fans are hoping that it will be in 2017.