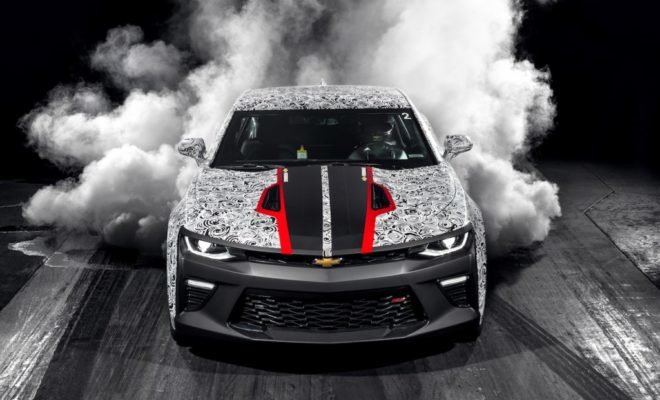 The Camaro SS you see here is no ordinary Camaro SS, called the Chevrolet Camaro SS Drag Race Development Concept, this model was designed with drag racing in mind. This is one of the many concepts that we will be seeing that the SEMA show happening next week.

According to Chevrolet, they are hoping that the Chevrolet Camaro SS Drag Race Development Concept will be able to compete a 1/4mile run in the 10-second range with the 6.3 liter V8 engine it has under the hood. After the modification, the vehicle should be able to deliver about 600hp. The engine will be mated to an eight-speed auto transmission.

Check out the video below and tell us what you think.