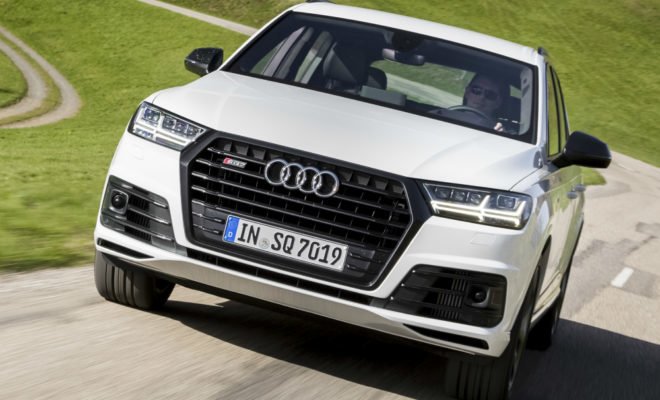 Audi has now opened up the order books for the Audi SQ7. Here is what the new model will be offering when it arrives.

The Audi SQ7 will be coming in with an all new engine, the 4.0 TDI V8 twin-turbo engine that will be mated to an electric-powered compressor to make sure it does not have a turbo lag. According to Audi, the Audi SQ7 with the new engine will be able to deliver about 429bhp with 900Nm of torque and will be able to go from 0-62mph in 4.9 seconds.

They also added that the Audi SQ7 will be able to return about 39.2mpg thanks to the lighter body. The Audi SQ7 will also be coming in with a few standard equipment including the Audi’s Virtual Cockpit, adaptive air suspension, rearview camera, active sound exhaust system and more.

Besides all of that, Audi also made some changes to the exterior giving the SQ7 a set of LEDlights, new grille, bumpers, mirror housing, and more. The base model will retail for £70,970.