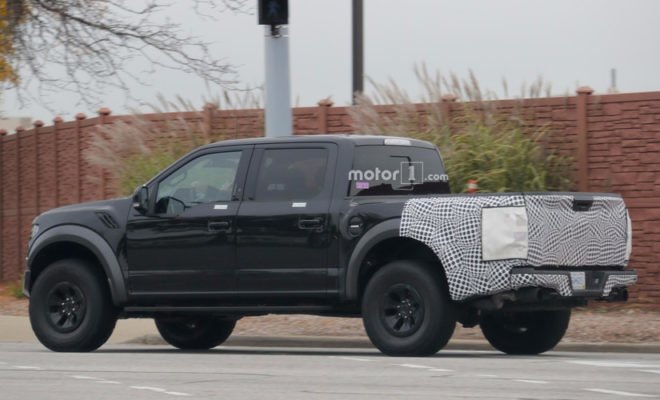 We have just gotten a Ford F-150 Raptor design upgrade and we are expecting Ford to stick with it for a couple more years before they work on another upgrade but it looks like Ford already has something in mind and they can’t wait to show it to the world.

Based on what we can see, the tailgate looks flatter now that some of the creases are missing. There also seems to be a protruding section under the tailgate handle. Since they did not cover up the rest of the vehicle, it is probably safe to say that the rest of the Ford F-150 Raptor will remain the same for now.