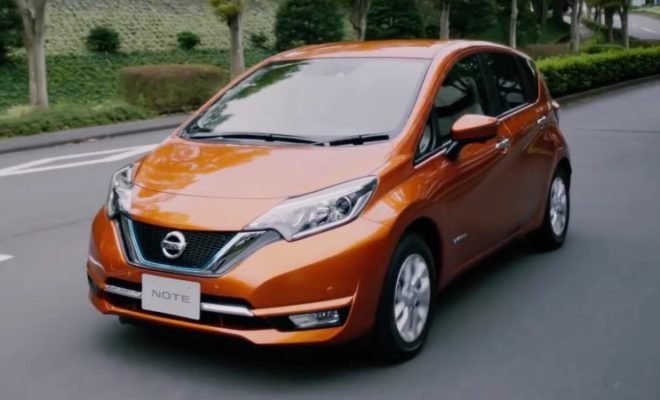 Nissan did say that they were going to work on bringing us an upgraded Nissan Leaf that will allow their customers to drive further than before but so far, we have not seen anything from Nissan. With Nissan now announcing their new hybrid engine, some people are saying that the Nissan Leaf might be waiting for this powertrain.

The new hybrid powertrain is called the e-Power and the first ever Nissan to come running on this new hybrid will be the Nissan Note e-Power. The battery-electric powertrain is similar to what we have seen under the hood of the Nissan Leaf but his time, it also comes with a small gasoline engine. The gasoline engine will not be pushing the vehicle but it will be there to generate electric for the battery pack.

Thanks to the gasoline engine, the Nissan Note e-Power won’t need to be plug-in. According to Nissan, the new engine will allow the vehicle to have a fuel economy similar to what the Prius is offering right now.

The engine that will be generating electricity for the hybrid powertrain will be a 1.2-liter inline-3 engine. If this new powerful turns out to be great, do you think the Nissan Leaf will be the next to get it?